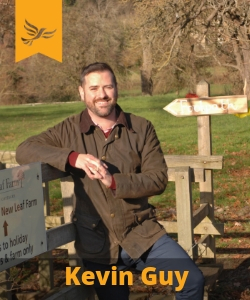 Kevin Guy has experience in local politics, having served as a councillor in Telford and Wrekin, as well as serving as their mayor in 2012-2013. Kevin understands how important local resident’s voices are, and wants to repay the good will by using his experience to ensure that the council listens to locals. A first step in Kevin’s work would be to see that genuine negotiations take place to transfer council land on the meadows to the National Trust, where it can be protected in perpetuity. Kevin is also interested in bettering the public transport system in the Bathavon North area. Following the successful campaign to save Bathampton Meadows, Kevin married local farmer Steve Horler in a marquee on New Leaf Farm last summer; something that would not have been possible without community support. Prior to being involved in politics, Kevin served in the Royal Navy for eight years, including a period working for NATO naval Intelligence. Kevin studied international politics, social and economic history at the University of Wales, where he currently works a college lecturer and course leader. 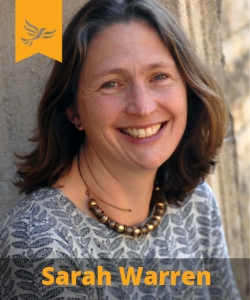 Sarah Warren has been a resident of Batheaston for the past sixteen years with her husband and two children. Sarah believes that the community of Bathavon North is buzzing with great ideas, and would like to serve as the voice for the community on the council. If elected, Sarah will listen to local people, and work with them to achieve their aspirations, such as bettering the environment by preventing pollution being exported to the eastern villages, and promoting sustainable methods of transport. Sarah has worked as a NHS Information Manager, and studied sustainability at the Centre for Alternative Technology in Wales. Sarah is interested in exploring the future possibility of trams in the area. Sarah would like her fellow neighbors to discuss the future of Bathavon North with her, and how to make it an even better place to live.