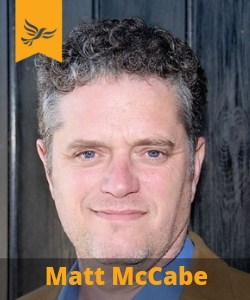 Matt McCabe lives in Englishcombe Parish, near Bath, where he runs a small farm. He was a member of the Parish Council and, as chair, saw the completion of the Neighbourhood Plan. Having been a community campaigner for many years, Matt began campaigning for better rural broadband in 2012, and went on to be one of the founding directors of TrueSpeed, leading the rural fibre revolution across the southwest. Matt spent eighteen years in the TV industry, rising to Senior Producer, before moving to the Civil Service, to work in policy and government communications. Matt worked with Bath candidate Wera Hobhouse in the 2017 election and now works part-time for her constituency team. Matt is married to Louise, and they have two children. He sings in the TRB Community Choir, helps to manage a community wood, and is a member of the NFU. 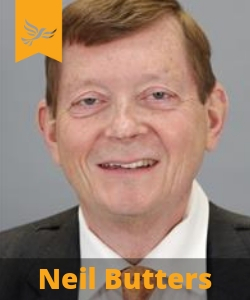 Neil Butters is a graduate of City University Business School, where he completed his MBA in Business Development. His wife, Charlotte, is a local artist. Neil was the Assistant Director of Bath Enterprise Ltd. In addition, Neil has served as a Borough Councillor in Swindon for nine years, and as a parish councilor for twelve years, holding the position of Chairman twice. Currently, he is the deputy leader of the Liberal Democrat Group on Avon Fire Authority, as well as a Shadow Cabinet Member for Transport. Neil has represented the current Bathavon South Ward for the past twelve years. His past experience in the party includes serving as the Chairman of Bath & North East Somerset Council for the 2013-14 year. Neil is a railway author, and is a member of the Science Museum Group’s Railway Heritage Designation Advisory Board. Neil is a Fellow of both the Chartered Institutes of Logistics, Transport, Personnel, and Development, as well as the Royal Society of Arts. A dedicated member of the community, Neil wishes to serve as the voice for Bathavon.