It’s time to end fracking. This has always been obvious but the momentum is there to call on the Government to act. The issue in question is not about making fracking safe but about decarbonising our economy.

In the last week Greta Thunberg has spoken unequivocally to MPs and the Fracking Tsar has quit. In order to fulfill our obligations under the Paris Accord we must act now.

It was significant when an open letter on climate-related risks, co-signed by Mark Carney, Governor of the The Bank of England, said, “Carbon emissions have to decline by 45% from 2010 levels over the next decade in order to reach net zero by 2050. This requires a massive reallocation of capital. If some companies and industries fail to adjust to this new world, they will fail to exist.”

If Government does not take a lead on this they will be letting down all those people currently working in carbon-reliant industries. Not only will such procrastination not reduce the risks of climate change but it will also not prepare us for the transition to a decarbonised economy.

“It is incomprehensible that this Government continues to support the exploration of shale gas in the UK. Climate change is an emergency that needs to be dealt with now, we must focus on renewable energy rather than being distracted by more fossil fuels. Liberal Democrats demand better for our planet.”

The letter to Theresa May says “Climate change is an emergency … We must not just reduce our greenhouse gas emissions, we must completely stop them. The IPCC stated that there is only 12 years for global warming to be kept to a maximum of 1.5C.” 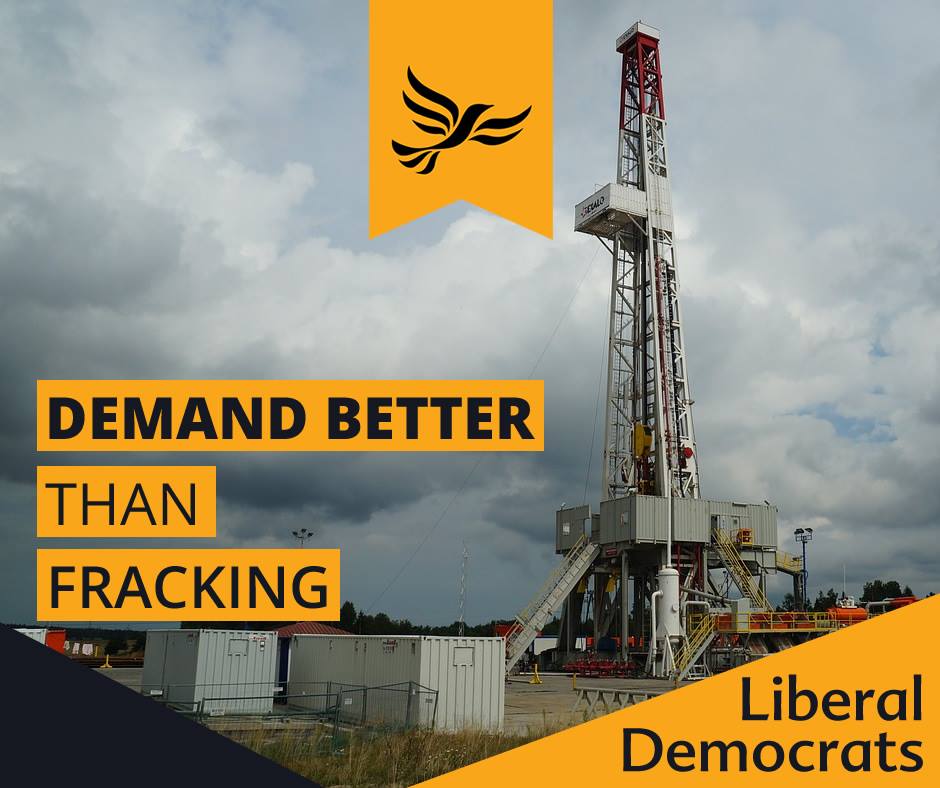