Lib Dems are the challengers in North East Somerset 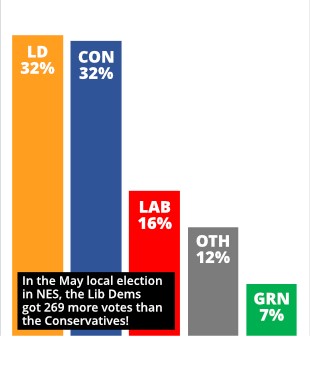 Nick Coates is the only person who can beat Jacob Rees Mogg. The People's Vote team agree!

Farmers, nurses, teachers, business owners, parents and council staff across North East Somerset are just some of the people who agree that Brexit will damage our economy, our livelihoods, and make all of us worse off.

Nick Coates is the choice for sensible Conservative and sensible Labour voters who want to move beyond Brexit to the issues that really matter to local people.

It's time for change. This is no longer a safe seat for Jacob Rees Mogg. 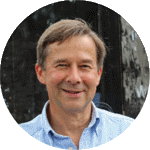 Nick Coates is not a career politician, though he has a long history of campaigning. He believes every person deserves an equal chance at their dreams, a belief that has led him to advocate for teenagers facing discrimination, residents being forced from their homes by developers, and elderly people in care.

Nick graduated from University College, London before qualifying as a Chartered Accountant. Most of his work career has been in and around the housing sector. Most recently, he provided financial advice to small and medium-sized businesses across the UK. His business experience crosses public, not-for-profit and private sectors, however when elected to Parliament, being an MP will be his sole occupation.

He recently worked with Foxhill residents against property developer Curo to stop the demolition of the residents’ housing estate. Nick has also been a primary school governor and a Board member of a housing association. He is currently a Trustee of a charitable, residential and nursing care home, where’s he witnessed firsthand the difficulties facing elderly people living in constrained circumstances.

Nick is passionate about taking determined steps towards reversing climate change. In North East Somerset this means strongly opposing the expansion of Bristol Airport, a move that will only increase car traffic on local roads without providing any benefit to local residents.

Nick’s aims to bring a positive voice to our political conversations with a fair and forward thinking approach to politics.

Nick is married with two adult children, and when he has time he plays drums in a jazz and blues band.

I believe Brexit will do great harm to the United Kingdom, to our economy, our agriculture and farming industries, our public services and, most importantly, our values as a nation. I want to stop Brexit, so we can focus on what’s most important to the people of North East Somerset. 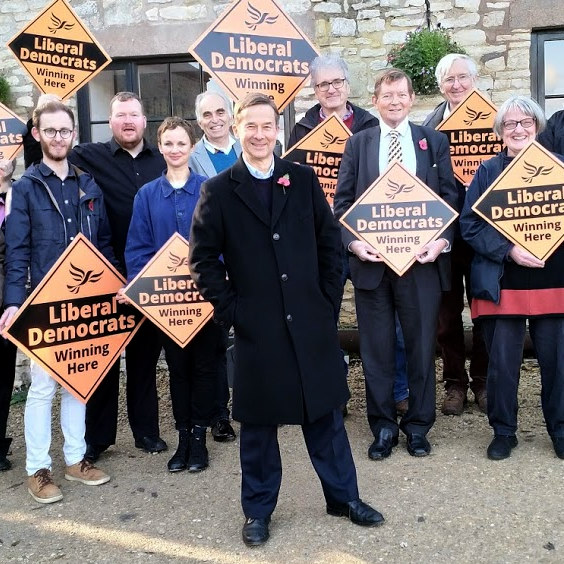 Vote for Nick on 12th December! Before you head to the polls, check in with any elderly neighbours in case they need help getting to the polling station.

Display a poster in your window or garden.  Just let us know where to deliver.

Deliver leaflets to voters. We have to work hard to get our message across when the media ignore our party. You can help by volunteering to prepare bundles in the office or putting them through doors around the constituency.

Canvas voters. Help us listen to voters and to respond to their questions.

Donate to our campaign via our online form.