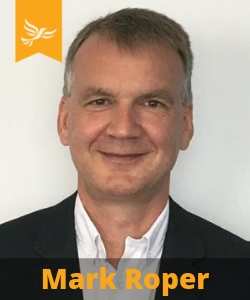 Mark Roper is a true Bathonian, having spent the majority of his life living here. A graduate of Beechen Cliff School and City of Bath College, Mark went on to work in the family business, Roper Rhodes Ltd, based in Brassmill Lane for the past thirty years of operation. He runs the business with his brother, Paul, and serves as the company chairman. A board member of the Bath Percent Club, as well as being involved in numerous local charities, Mark enjoys giving back to the community. In his spare time, Mark enjoys cycling, playing golf (badly), skiing (slowly), and spending time with his partner, Victoria, and daughter, Thea. If elected, Mark would like to quicken the pace of policy making in Bath, starting with problems in transport, pollution, and preventing cuts in library services. 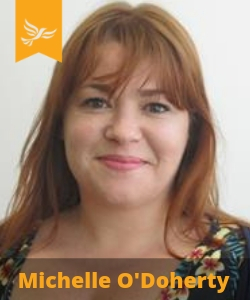 Michelle O’Doherty grew up in Birmingham, and has lived in Newbridge, Bath for over 20 years after coming here as a student. Michelle works in publishing for a local company and also teaches the Cello. She is also involved in various organisations in the community; she is a governor at Newbridge Primary School and Oldfield School, she runs a Beaver Scouts group at Weston Methodist Church and she’s the Secretary at Lansdown Cricket Club. She has been Newbridge ward councillor since 2017 and has already had some success with supporting residents with resolving parking issues and also improving disabled access around the ward. Michelle is really passionate about her community and wants to give as much back as she can, and is really keen to build on the success she has already had. Michelle lives in Newbridge with her partner and two boys, William and Eoin, who are 14 and 12.